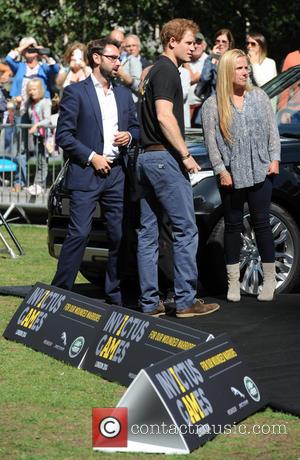 Picture: Prince Harry - Prince Harry attends a photocall ahead of the Invictus Games at Potters Field Park on August 13, 2014 in London, England. -...

The 29 year old parted ways with his longtime girlfriend Cressida Bonas in April (14), and he has been spotted with the former Miss Edinburgh several times since the split, according to Ok! magazine.

A source tells the publication, "She's the total opposite of other girls Harry's dated, and it drives him crazy. She's the most intelligent woman he's ever been with. He's in awe of her.

"She regularly turns him down for dates if she has something else going on and it's making him want her more."