Prince William has topped a survey to find Britain's Most Influential Man, while his brother Prince Harry placed 22nd. 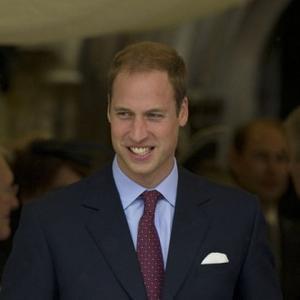 Prince William has been named Britain's Most Influential Man.

The 29-year-old search and rescue pilot - who married Duchess Catherine in April - topped a survey of over 7000 readers of website AskMen to find whose achievements, profile and status had the biggest impact on UK life over the last 12 months, with French DJ David Guetta and soccer star Cristiano Ronaldo placed second and third respectively.

Drew Lubega, UK Editor of AskMen.com, said: "This was the year that our readers believe Prince William finally came of age, making the royal family accessible and cool, in a way that the previous generation failed. He's a hard worker determined to use his global profile for good causes.

"Everyone who makes the Top 49 have experienced an incredible year - shaping the opinions and tastes of men across the UK. Making the list is an achievement, but against the toughest economic background for almost a century, it's incredibly telling that our Prime Minister wasn't considered more influential by young Brits."