Prince William thanks Ralph Lauren for 'generosity' at charity gala 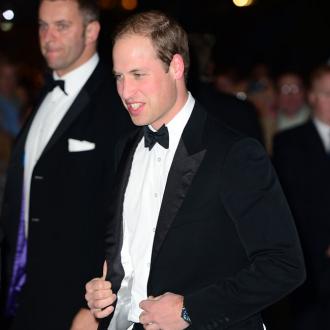 The 31-year-old royal hosted a star-studded gala at Windsor Castle in support the Royal Marsden Cancer Charity where it was revealed the 74-year-old designer will lend his support the the cause.

According to the Daily Telegraph newspaper, William apologised for Duchess Catherine's absence when they were introduced in the Grand Reception Room, and said: ''I'm sorry my wife's not here, you probably would far rather you saw my wife.''

William responded: ''It's a wonderful thing you're backing, it will be another great addition to the hospital.''

The Duke of Cambridge had invited a host of A-List stars including Kate Moss, Emma Watson, Cate Blanchett, Cara Delevingne and Helena Bonham Carter to the event and he highlighted Ralph's support before guests tucked into their meal.

He said in his introductory speech: ''I am enormously grateful to Ralph Lauren for his generosity, and to all of you who so kindly support the hospital. You should know that what you do saves lives and gives hope to thousands of people.''

Ralph has donated millions to cancer research in past years.

He had a benign brain tumour removed 25 years ago and lost his close friend Nina Hyde to breast cancer in 1990.