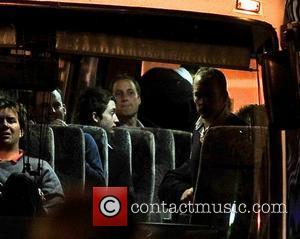 British stars including Prince William, Daniel Craig and Geri Halliwell tested their stockbroking skills in London on Wednesday (08Dec10), taking to the trading floor to raise money for charity.
Prince William and his father, Charles, Prince of Wales were the guests of honour at the base of global investment firm ICAP, which donated the entire day's revenue to more than 200 good causes.
The royals manned the phones to help close deals during the day, while former James Bond star Craig, ex-Spice Girl Geri Halliwell, and Doctor Who actor David Tennant also joined in, according to Britain's The Sun.