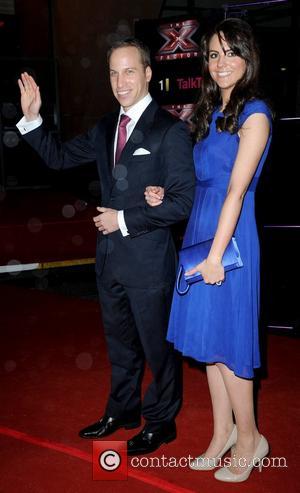 His wife, Kate Middleton, was due to attend but was prevented from joining her husband by the pregnancy sickness that kept her in hospital for much of last week. The Duke of Cambridge was the guest of honour at last night’s glittering event at London’s Leicester Square and told the press “She would have loved to have been here if she could.” Typical, isn’t it? You’re stuck at home, pregnant and sick and hubby deserts you for the night to go to Middle Earth for the evening.

Not only did Kate miss out on watching the new film, but she also missed out on hanging out with all the A-list celebrities in attendance, such as Cate Blanchett, Sir Ian McKellan, Peter Jackson. James Nesbitt and – of course – the star of the film, Martin Freeman. Oh and Nick Cave was there! Who wouldn’t want to hang out with Nick Cave in Middle Earth?

Of course, it could well be that Kate had been put off by all the stories of The Hobbit making people sick. Like, actually, physically sick. Ever since The Hobbit’s ‘pioneering’ cinematic technique of using 48 frames per second (as opposed to the usual 24 frames per second) has hit the cinemas, people have accused the new technology of making them queasy; it probably didn’t sound like such a great night out for Kate if she’s already feeling under the weather.