Review of Dance 4 Me Single by Prince

Prince is back! Prince doesn't need much introduction: a man who's produced thirty Top 40 singles, released ten platinum albums - selling over 90 million copies and earning seven Grammys. it says it all really! A true overall heavyweight in every musical sense and an icon in popular culture, Prince has recently decided to team up with Jamie Lewis, Swiss house DJ/Producer from Purple Music to release 'Dance 4 Me' on Lewis' label. 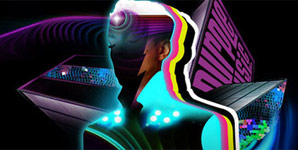 It seems that Prince, like many established American artists, are looking to Europe's dance scene to keep their musical spirit alive, or possibly looking for an opportune chance to create a synergy between the sound of Prince and extending that into house music. Whatever the reason, I'm sure Lewis is buzzing to have this latest single and forthcoming next release with Prince. 'Dance 4 Me' still has the musical sophistication we all know from Prince, displaying tight arrangements, funk, a range of instruments and sweet soul from the master himself; however, it's the offering of mixes that could see this track played in the dance clubs. We get a mix from Lewis himself as well as LA producers David Alexander and Brian Matrix; a Dominatrix mix and a Tribal Drum mix, which I liked.

Overall, it's pretty hard to rate this track amongst Prince's back catalogue, as some of those classics defined a generation; however, this new release still has some relevance. What's clear is that 'Dance 4 Me' is a fun, upbeat track that could appeal to a new generation of listeners and certainly shows Prince is keeping his game alive. It seems the collaboration between dance and pop is truly relevant these days and Prince certainly isn't missing out on that!