Prince was due to begin his Piano & A Microphone tour at the end of the month.

Prince has cancelled his upcoming Piano & A Microphone European tour, in the wake of the terrorist attacks in Paris on Friday. Prince’s announcement follows the news that Foo Fighters have also cancelled their European tour, which was due to visit Paris on Monday (November 16th). 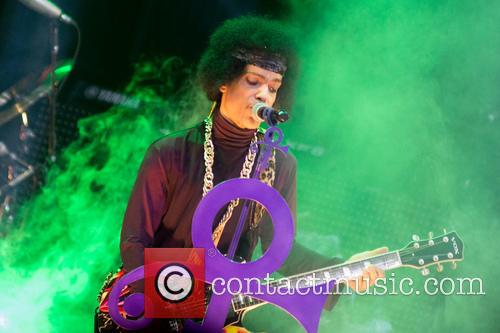 Prince has cancelled his upcoming Piano & A Microphone European tour.

The tour was due to stop in 16 European cities beginning at the end of the month, with six UK dates scheduled. Prince was also due to visit Denmark, Norway, Sweden, The Netherlands, Switzerland, Italy, France, Germany, Austria, Spain and Belgium.

Earlier today the singer posted a link on his Twitter page to the Wiener Konzerthaus, where the tour was due to begin which read: "Due to the tragic events in Paris, the tour promoter has decided to postpone the upcoming European tour until further notice.”

Tickets for the UK shows had been due to go on sale last week, but their release was postponed indefinitely because of touts trying to sell tickets at inflated prices. At the time of writing the shows are still listed on Ticketmaster, but it reads "Currently not on sale” next to every date.

On Saturday Foo Fighters announced they would not be continuing on the rest of their European tour following the events in Paris. A statement on the Foo Fighters’ official website read: "It is with profound sadness and heartfelt concern for everyone in Paris that we have been forced to announce the cancellation of the rest of our tour.”

"In light of this senseless violence, the closing of borders, and international mourning, we can't continue right now. There is no other way to say it. This is crazy and it sucks. Our thoughts and prayers are with everyone who was hurt or who lost a loved one."