Prince impressed everyone when filming his guest role on 'New Girl' because his comic timing was so good. 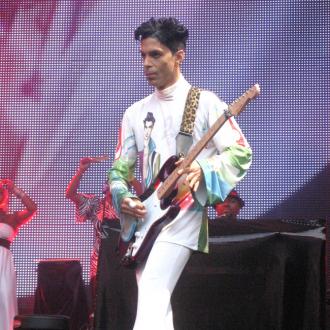 The 'Purple Rain' hitmaker has filmed a guest role in 'New Girl' alongside Zooey Deschanel and Jake Johnson - who plays Jess and Nick - and impressed everyone working on the show with his ''incredible'' performance.

Executive producer Dave Finkel said: ''He's genuinely funny. He's got a very quiet, wry sense of humour but he kills. There's a moment in the episode where he's sitting in between Zooey and Jake on a bench. And it's a silent beef and he's just looking between them trying to figure them out. And it's hilarious. He has crazy comic instincts.''

Fellow executive producer Brett Baer added: ''He knows that his value as a persona is doing as little as possible. But those little possible moments he knows exactly how to play it and exactly how to give. You forget that he's done a bunch of movies. He's directed a bunch of movies. He understands the medium. His whole thing was making sure that he was supporting Zooey and supporting Jake. It was incredible.''

Prince is such a big fan of 'New Girl', he contacted Zooey and her co-star Hannah Simone himself to ask for a guest role and even knew what he wanted to do on the show.

Brett told E! News: ''He contacted us last season because he's a huge fan. He knows everything about the show. He contacted Zooey and Hannah directly and asked to do the show.''

Dave added: ''He said, 'I want to be involved in the show in a real way and I want to help Nick and Jess with their relationship.' ''

And Prince felt it was important he pass on some ''hip tips'' to Zooey's character.

Brett said: ''His thing was all about getting to Jess and trying to bring out this inner part of her that hadn't been brought to the forefront. The word hip tips was sort of the thing. He put it, I think I can give her some hip tips!''