Prince turned down a cameo in season two of 'New Girl' because it was too racy before later agreeing to appear in the third series of the sitcom. 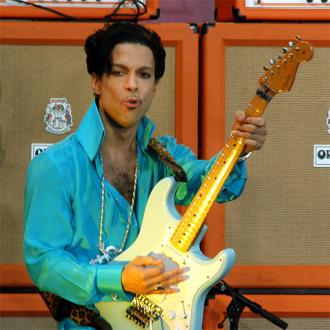 Prince once turned down a cameo in 'New Girl' because it was too racy.

Although the 57-year-old musician went on to have a guest starring role in season three of the sitcom, he originally rejected an offer to appear in a season two episode called 'Virgins' because the devout Jehovah's Witness wasn't comfortable with it.

Show creator Liz Meriwether explained in an article for Vulture: ''We had originally approached Prince in season two for a cameo in an episode called 'Virgins'. He said no. Obviously, in hindsight: The episode was too racy. But we were told he would be interested in coming back to do something else another time. I thought that was just the polite bulls**t of the casting world. So when his manager reached out at the beginning of season three to ask if we were still interested in having Prince on the show, I was shocked.''

However, Prince's appearance almost never happened as the star tried to pull out once after the script he had agreed to was changed.

Liz said: ''He wasn't happy. The script had changed from the script he had read. He apologised but said he was going to have to back out.''

However, Liz managed to convince Prince to give her another chance and she frantically rewrote the script in just a few hours in order to get him back.

She said: ''I can't tell you exactly what I said, but I must have sounded desperate. 'Can you give me until the end of the day? I'll revise the script and send it to you.' It was probably 3 p.m. I started running. I'm not just saying that. I was sprinting across the lot. I didn't stop until there was a computer in my hands. By 9 p.m., he was back in. I still don't know why he gave me another chance.''