Professor Green admits he was shocked by Kim Kardashian West's beauty when he met her last month in Ibiza, Spain. 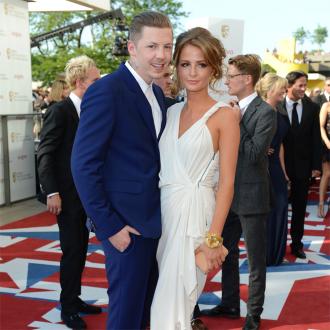 Professor Green was ''astounded'' by Kim Kardashian West's beauty when he met her earlier this month.

The 30-year-rapper - who is married to reality TV star Millie Mackintosh - admits he was blown away by the 33-year-old star's stunning looks when he locked eyes on her at Riccardo Tisci's 40th birthday party in Ibiza.

Speaking to radio station KISS FM UK, he said: ''Kim's gorgeous in real life, I mean in person I was astounded with her beauty.''

However, it wasn't just Kim - who is married to Kanye West - the hunk was pleased to meet as he was over the moon when he was introduced to her mother Kris Jenner, 58, before the wild bash in Spain.

He explained: ''Kim's mum as well, she's wicked, we met her in the hotel before the party and then a few hours afterwards. She was having a good time.''

Meanwhile, Pro Green - whose real name is Stephen Manderson - announced plans last month to curb his excessive use of Twitter because he's sick of the banality of his online interactions.

He said previously: ''I'm having a reboot, a digital do-over. I've been on Twitter since January 2009, and I'm tired of the digital diarrhoea that has spewed forth from my fingers in the 140 format.''