Psy's appearance at Cannes appears to be that of a doppelgänger as he reveals he was away in Singapore. 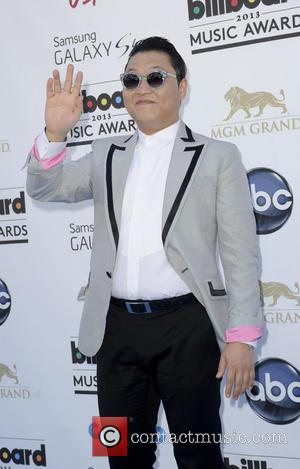 It looks like Psy has a mimic, with the South Korean rapper denying his alleged apperance at the 2013 Cannes Film Festival despite there being several photos of the star apparently showing his face.

The South Korean star has an ample fanbase after the video for his track 'Gangnam Style' went viral, earning it the title of most viewed video on YouTube and the first to reach 1 billion views. It's no surprise then that people are after a slice of his global glory as one look-a-like decided to use his appearance to blag his way on to the red carpet alongside an entourage of fake security. Nobody seemed to suspect a thing and many fans and fellow celebrities stopped to have their photo taken with him.

However, when the star took to Twitter, there was to be a lot of red faces of those who had let themselves be duped: 'seems like there's another ME at cannes...say Hi to him @scooterbraun lol #PSYinSINGAPORE', he wrote to his followers revealing that he was, in fact, pretty much on the other side of the world. He later revealed that his manager Scooter Braun was not fooled, posting a snap of the imposter with the caption: 'Here the picture of #fakePSYinCannes spotted by @scooterbraun!! Lol #realPSYinSingapore'. Awkward!

Check out the photos of the fake 'Psy' below: Will The Real Psy Please Stand Up? The Fake Psy Looks Identical To The South Korean Rapper!