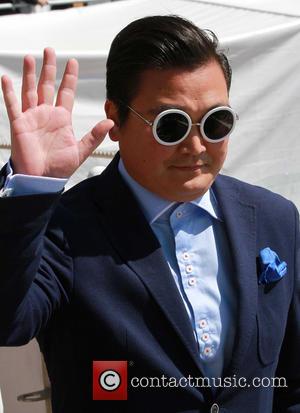 South Korean pop sensation Psy experienced the Gangnam Style backlash at an Italian soccer game on Sunday (26May13) when fans booed him throughout the half-time show.

The rapper/singer performed his 2012 mega-hit during the Italian Cup Final between Roma and Lazio, and it appeared sports fans were not Psy fans at the big game.

Organisers of the half-time show had to turn the volume up just to drown out the boos.

It was a double weekend blow for the hitmaker - a doppelganger, who pretended to be Psy at the Cannes Film Festival last week (ends24May13), showed up at the Monaco Grand Prix and conducted interviews and photo sessions as his chart-topping look-alike.