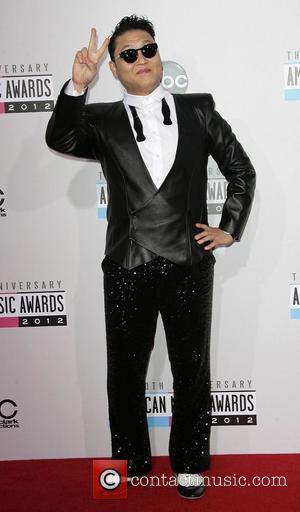 With only one successful song under his belt so far, South Korean viral sensation Psy sure knows how to stick around in the news on a daily basis. Earlier this week a song performed by the singer at a 2004 concert in his native South Korea was unearthed featuring some rather unsavoury lyrics aimed towards America. Needless to say, not everybody was happy about it.

Regardless of the inflammatory lyrics he once held in his repertoire, not everyone is as unforgiving as many predicted and the singer has hardly been affected by a backlash from angry Americans. Psy had been scheduled to perform in front of President Barack Obama and his family at this years annual Christmas in Washington, and despite the fact that a torrent of objection has been spewed in regards to his appearance at the event, it looks like the show will go on for Psy. The broadcasters of the event, TNT, have confirmed that Psy would still perform as planned, and have made no mention to any of his past performances.

In lieu of the unravelling of his past, Psy recently issued a public apology for the events that happened at concerts in 2002 and 2004 respectively. After expressing his gratitude at the freedom of expression he is granted as a human being, he went on to apologise to anyone who he may have hurt with his lyrics, adding, “I will forever be sorry for any pain I have caused by those words.”