Croatia
- Soundwave Croatia (July 17th - 21st): Entering its sixth year, Soundwave offers five days of some of the best dance and electronic music around and all while you're relaxing by the gloriously blue waters in The Garden Tisno bay. While you're not swimming though, you can still enjoy the sun at the open air nightclub - there's no room for indoor entertainment here, bring your sun cream!
- The Garden Festival (July 2nd - 9th): Tisno is so popular with visitors, that Soundwave isn't the only event set up there. If you couldn't get tickets for that, check out The Garden Festival - same sunny atmosphere with another huge line-up of DJ sets.
- Dimensions Festival (August 28th-30th): If you're not into dance music, there's a much more eclectic line-up awaiting you at Dimensions. But it's all about the epic fort stages and sunset illuminated boat parties during this end of summer show.

Denmark
- Roskilde Festival (June 29th - July 6th): Roskilde is one of Europe's most ancient towns and its major festival has similarly been running for a long time. Its longevity itself may be impressive, given the amount of events we've sadly seen close over the past few years, but over 40 years on it's still providing visitors with some of the best international rock the world has to offer. Topping the bill this year is none other than The Rolling Stones.
- NorthSide (June 13th-15th): Having sold out three weeks earlier than last year, NorthSide festival is definitely on a roll - and only in its fifth year! If you're not used to the impressive architecture of Scandinavian towns, you'll be totally enchanted by NorthSide. Plus the line-up is hard to beat with headline sets from Arcade Fire, A$AP Rocky and more.

France
- Rock en Seine (August 22nd - 24th): Rock en Seine takes place at the Château de Saint-Cloud park in the west of Paris, featuring Arctic Monkeys, The Prodigy, Lana Del Rey and many more. Rock en Seine also has creative workshops for children, such as guitar lessons without the parents, so it's a great experience for people of all ages.
- La Route Du Rock (August 13th - 16th): Held in Saint-Malo, the Summer edition of the biannual indie/electronic festival returns with its renowned beach stage for the day and castle stage for the night. La Route Du Rock has amazing settings for amazing bands be it during the Summer, or during the Winter edition where you'll be rocking out way too hard to feel the cold.
- Hellfest (June 20th - 22nd): France's highly established rock/metal festival will this year play host to legendary bands from Black Sabbath to Slayer. Covering the whole spectrum of rock music over six different stages, be it thrash metal or punk, Hellfest will surely satisfy any die hard rocker's needs.

Germany
- Rock am Ring (June 5th - 8th): Along with its sister event Rock im Park (Rock in the Park), Rock Am Ring (Rock at the Ring) is four days of incredible music that's so brilliant, they had to organise two events simultaneously! And it's easy to see why with such high-calibre bands from Iron Maiden to Nine Inch Nails.
- Melt Festival (July 18th - 20th): Having taken place in Ferropolis (also known as The City Of Iron) since 1999, Melt Festival has a rich history of 'Electronic meets Rock' line-ups and 2014's event continues this legacy, along with its custom colossal iron cranes that oversee the venue. It's a breath-taking sight!
- Hurricane Festival (June 20th - 22nd): Here's hoping the weather doesn't live up to the name this year, Hurricane presents mainstream music in its coolest form with Arcade Fire and Volbeat heading the line-up. With only 5,000 tickets left, be sure to hurry up and buy one for yourself before this event sells out.

Hungary
- Sziget (August 11th - 18th): It's not always easy for the younger generations to find somewhere they can relax, have fun and generally do what they want to do, but when Sziget came about in 1993, there was finally a place for teens to enjoy great music and entertainment: the Island of Freedom! It is far from being just about the music though with so much going on from circus to theatre, and right next to the glorious Danube river. With nearly 400,000 festival goers each year, the week-long event remains one of the most eclectic, vibrant and infectiously enjoyable festivals in all of Europe.

Iceland
- Iceland Airwaves (November 5th - 9th): Reykjavík has got to be one of the prettiest cities in Europe with a gorgeous mountainous horizon and a spectacular nightlife, so if you're going to visit anywhere in Iceland, check out the capital. Iceland Airwaves is the perfect excuse too, with its massive range of local and international artists to party to such as East India Youth, The Flaming Lips, PINS and Rökkurró. It's the perfect post-Summer vacation with various package deals and very affordable tickets, as well as plenty of stuff to do in and around the city.

Netherlands
- Pinkpop (June 7th - 9th): Having started in 1970, Pinkpop is one of the longest running major festivals in Europe.  Constantly delivering great line ups for fans of different kinds of music, this year sees the likes of The Rolling Stones, Metallica and Arctic Monkeys. Pinkpop certainly doesn't seem to be slowing down anytime soon.
- Mysteryland (August 23rd - 25th): MysteryLand was the first, and now the oldest dance festival in the Netherlands. Traditionally taking place on the last Saturday of August, there surely isn't a better way to end your summer than by raving to some of the hottest acts in dance music alongside some incredible illuminated art installations that just get bigger and better each year.
- Best Kept Secret (June 20th - 22nd): Taking place at the rather isolated lakeside venue of Beekse Bergen in Hilvarenbeek, it's easy to see why this is the Netherlands 'best kept secret'. Priding itself on being focussed '100% on music', this year sees big names such as Elbow and Pixies, as well as emerging talent like Chvurches and Cheatahs.

Norway
- Oya Festival (August 5th - 9th): Starting out in 1999 with humble beginnings, Oya Festival has grown to be one of Europe's biggest festivals. But it isn't just one of the largest, it's undoubtedly one of the greenest with the team working all year round to find ways to be more environmentally friendly in various ways be it waste disposal, transport, power supply or leaflets. It's all about encouraging people to take care of the environment around them and send a positive message to music lovers everywhere.

Poland
- Open'er Festival (July 2nd - 5th): Having started in 2002, Poland's Open'er Festival, taking place in Gdynia, has always had great music, but in recent years has also had stunning art with areas dedicated to theatrical performances, documentaries and fashions shows. Open'er Festival is a celebration of creativity in all forms.
- OFF Festival (August 1st - 3rd): Priding itself on delivering the best, even if not the most popular in alternative music, Off Festival is the place to be for alternative music lovers and there's no reason not to go with the very affordable ticket prices that are more than worth paying for this incredible experience.

Serbia
- Exit Festival (July 10th - 13th): Starting out as a student movement for peace activism in Serbia and the Balkans, Exit Festival has gone on to be an extremely prestigious festival even winning the award for 'Best Major European festival' at the EU Festival Awards. To this day, Exit Festival is run by a non-profit organisation and still has a strong social mission in helping youth in the Balkans. To make the festival even more impressive, it is held at the monumental Petrovaradin Fortress in the city of Novi Sad.

Spain
- Primavera Sound (June 5th - 7th): Spain is one of the key festival locations in Europe with Primavera likely being it's most well-known worldwide. This year you can even get a preview of what's to be heard with Rough Trade having teamed up with festival organisers to produce a double CD. The Barcelona based event has been going on since 2001 and the excitement only gets more intense each year.
- Benicassim (July 17th - 20th): Also known as Fib, Benicassim is one of Spain's best beachside music festivals with four days of all your favourite mainstream music. It's particularly exciting this year as it sees a reunion show from much-loved British rockers The Libertines, who headline Saturday's spectacular bill.
- Sonar (June 12th - 14th): Electronic music at its finest, Sonar is all about cutting edge production and creativity. Exhibitions from universities and various other companies will be taking place throughout the weekend with everything from Berklee College's Technology Innovation Lab, Oval Sound's progressive percussion and IAAC's portrait projects.
- Ibiza Rocks (June - September) : Leaving the mainland, party island Ibiza presents an entire Summer of revelry, pop music and other sun-soaked entertainment. From its opening party with Haim to its closing event with Bombay Bicycle Club, you've literally got no excuse to embrace Ibiza this season. Or Mallorca, if you prefer!

Sweden
- Way Out West (August 7th - 9th): Having started in 2007, Way Out West is a fast-rising, unique festival that utilises both clubs in Gothenburg and fields in Slottsskogen. You can travel from one to the other in ten minutes by tram, so travel is not an issue for those nightowl festival goers that simply can't stop partying. Fortunately, there's Stay Out West - so the fun literally never stops!
- Sweden Rock Festival (June 4th - 7th): Sweden's biggest annual rock and metal event regularly plays host to some of the biggest names in the genres with this year being no exception; Alice Cooper, Rob Zombie and many more will hit the stages this year. Also, Sweden Rock Festival lets you vote for the bands you'd like to see at future events on their website, truly giving the fans what they want.

Europe has so much diversity to offer and not just in terms of music. Whatever you want from a Summer holiday this year, we're doubting that there's nothing of interest here so grab the sun cream and start preparing to go continental this festival season! 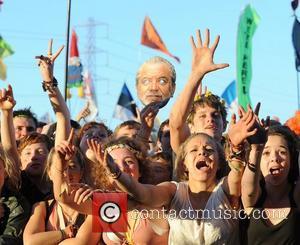