Pulp have announced plans to reform next year for a series of concerts, including the Wireless Festival in London's Hyde Park. 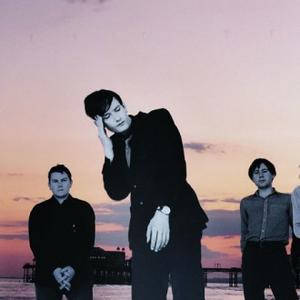 The legendary Britpop group - comprising of Jarvis Cocker, Nick Banks, Candida Doyle, Steve Mackey, Russell Senior and Mark Webber - are to headline the Wireless Festival in London's Hyde Park on July 3 2011, and have also hinted at other shows.

The group said in a statement: "Pulp have decided to get together and play some concerts next summer. The shows will involve all original members of the band; Nick Banks, Jarvis Cocker, Candida Doyle, Steve Mackey, Russell Senior, Mark Webber - and they'll be playing songs from all periods of their career. Yes, that means your favourites."

Wireless Festival organisers are delighted to have the band as headliners.

Wireless promoter Steve Homer from Live said: "Wireless has a long tradition of pulling off extraordinary coups and next year is no exception, we're delighted to be welcoming Pulp to headline in 2011, this is guaranteed to be a must-see event."

Tickets for the Wireless Festival show go on sale on November 12 priced Â£48.50 plus booking fee but Absolute Radio will host an exclusive pre-sale on their website on November 11 from 9am.

Other artists headlining this year's event, and performers joining Pulp on the bill, will be announced in the coming weeks.