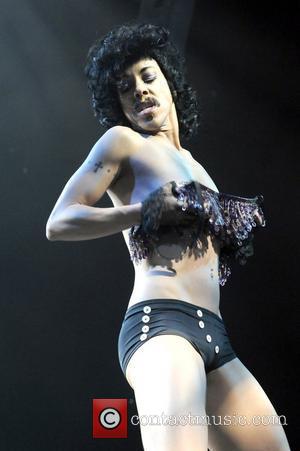 Purple Rain star Apollonia returned to Prince's Paisley Park compound in Minnesota for the first time in 30 years on Saturday night (28Jun14) to celebrate the anniversary of the film in which she played the pop superstar's lover.

Apollonia Kotero was the guest of honour for Prince's eight-song set before a specially invited audience of friends, fans and Prince associates, and she thoroughly enjoyed the gig.

In a Facebook.com post, she wrote, "He had a cool chair for me on the stage at his side and I sat there transfixed on every note, every move, every vocal. After every song I yelled and clapped my a** off. It was so amazing it made me sweat."

Prince gave the singer a tour of his Minneapolis base after the gig, and showed her "all my images painted on the walls".