By Dom Gourlay in Music Reviews on 11 February 2013

When a band initially starts out as an improvisational-based experiment, its inevitable that one day they'll discover then settle on a certain formula for the foreseeable future. Having started out on their voyage of discovery nearly fifteen years ago, brothers Richard and Laurence Pike have spent the ensuing period steadily crafting PVT's sound towards the polished electronica rushing through the heart of 'Homosapien''s core. What that means is a long player which can best be described as a mixed bag. 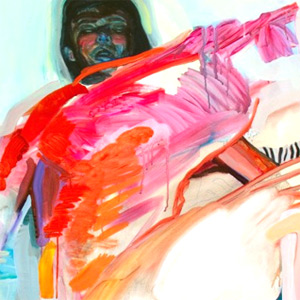 Although PVT have come a long way since the krautrock inspired sound of 2005's debut 'Make Me Love You', or the harsher caustic avant garde of follow-up 'O Soundtrack My Heart'; the latter fully deserving of its place on the legendary Warp Records imprint; its almost as if they've morphed into a different band entirely. Whereas their previous releases drew comparisons with the noise-infused likes of HEALTH or Holy Fuck, 2010's cleaner sounding 'Church With No Name' veered towards the pop-friendly territories occupied by the likes of Cut Copy and The Presets.

It shouldn't come as too much of a surprise then that they've chosen to plough a similar furrow with 'Homosapien', their fourth and arguably commercially poised collection of songs to date. Not that we'd expect to see PVT battling for chart domination alongside the likes of GaGa and Bieber any time soon either. Although it would be fair to say had this album been released thirty years earlier it may have found solace amidst the Duran Durans and OMDs of this world.