Treat yourself to an eclectic line-up, food from around the world and much more - because music is for everybody!

Afropunk Fest is set to return to Brooklyn this year with a killer line-up celebrating the best of African Punk in recent history.

The festival will take place at Commodore Barry Park from August 24th - 25th and is currently in its ninth year since making its debut in 2005. Not only will the weekend see some incredible acts from the likes of Public Enemy's Chuck D alongside DJ Lord, California's Trash Talk and Questlove, but Afropunk will also be hosting their Rise + Shine yoga class, unveil their giant canvas Art Wall, filling you up with a wide variety of worldwide cuisine from tacos to lobster rolls, and their brilliantly unique bike show featuring a selection of custom motorcycle designs.

Brightest Darkest Day is the first joint effort from former He Say/She Say singer Drea Smith and OK Go's Tim Norwind, who in turn make-up Pyyramids; a brooding, gloomy two-piece who make pop music for the melancholic. For a band with its roots so deeply imbedded in the pop-rock realm, the duo clearly don't feel castrated by their past, but ultimately the poppier styles they have utilised before are still plainly scattered throughout the album. 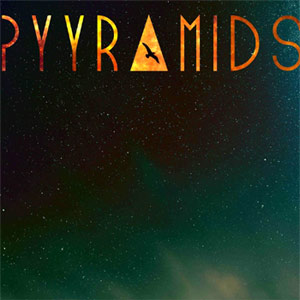 These conflicting 'bright' and 'dark' elements that are forewarned in the title of the album make up the basis of Brightest Darkest Day and, despite their differing meanings, the end product isn't as confused an outcome as you might expect. On the contrary, the indie-electro-rock manages to make the album an easier experience to get through but, unfortunately, doesn't save it from being a rather unrewarding listen.

'Don't Go' and 'That Ain't Right' first appeared on the 2011 EP Human Beings and in two years the duo have seemingly decided to use these two relatively different tracks as the foundation for their output, blending indie melodies with futurist sensibilities. A timpani-like intro starts "Don't Go," filling out with a quarter-note bass riff and Smith's distinct vocals, creating a song reminiscent of avant-R&B act TheeSatisfaction. With 'That Ain't Right,' the repeated lyric of "I don't wanna break your heart" over the reverberating and sporadically placed chimes and gloomy acoustic 6-strick further exemplifies the dark yet bright tone of the album. 'Don't Go' stands out as the highlight of the album, and after two years of working from this it seems that the twosome still haven't decided what direction they want to take.