Beverley Sisters Star Joy Beverley Has Died At The Age Of 91. 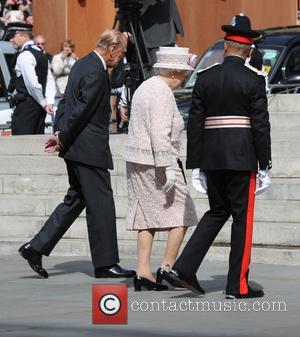 The singer, who was the eldest of the sibling trio, passed away on Monday (31Aug15) after suffering a stroke last week (ends30Aug15).

Her son Vince Wright says, "We all thought the world of her and we are devastated she is gone. We are a very close-knit family. She was a very bubbly, but private, character. We are all going to miss her terribly, she has been a part of our lives for so long now it really is going to be a big loss for all of us."

Beverley, who was born Joycelyn Chinery, formed the group with her younger twin sisters Babs and Teddie and they went on to land their own TV series, Three Little Girls in View, which was later renamed Those Beverley Sisters.

They signed a lucrative deal with Columbia Records in 1951 which made them the highest paid female act in Britain and they became the first girl group to break into the U.S. top 10 singles chart. They are best known for hit singles including Little Drummer Boy, Bye Bye Love, I Saw Mommy Kissing Santa Claus, and Always and Forever.

They stepped out of the spotlight in the late 1950s after Joy married soccer star Billy Wright, but reunited in the 1980s and later entered the Guinness Book of World Records in 2002 as the vocal group which had gone the longest time without a line-up change.

All three sisters were awarded Member of the Most Excellent Order of the British Empire (MBE) medals by Queen Elizabeth II in 2006 for their services to music. Joy is survived by her two younger siblings.