Joan Collins Was Made A Dame In A Ceremony At London's Buckingham Palace On Thursday (26mar15). 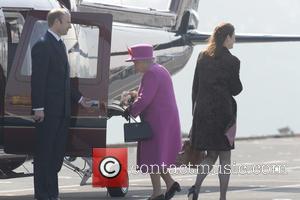 The former Dynasty star was presented with the prestigious honour by British royal Charles, Prince Of Wales in recognition of her charity work.

Speaking after the ceremony, she told Britain's ITV News, "I am so thrilled. It is extraordinary. It is something that I never, ever would have expected. I am terribly, terribly honoured, I really am and I hope I can live up to what being a Dame means... I will not ask anybody (to call me Dame), (but) if they choose to call me Dame Joan I will be delighted... I'm having a huge party tonight."

Royal officials posted a photograph of the star on the monarchy's Twitter.com page, adding in the caption, "Dame @joancollinsobe, who receives an honour for services to charity..."

In 1997, Collins was made an Officer of the Most Excellent Order of the British Empire (OBE).