Actress Kristin Scott Thomas Was Made A Dame At London's Buckingham Palace On Thursday (19mar15). 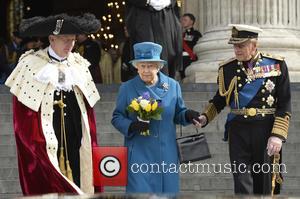 The Four Weddings and a Funeral star was presented with the honour by Britain's Queen Elizabeth II, who she is set to depict in forthcoming play The Audience, which chronicles the monarch's weekly meetings with various British Prime Ministers.

After the prestigious ceremony, Scott Thomas said, "She asked me what I was doing next, so I had to tell her and she said it would be quite a challenge."

The actress added that she was "very happy" to have received the honour for her services to drama.

She is set to take over the role in The Audience from Dame Helen Mirren in April (15) at London's Apollo Theatre.