Singer/actress Queen Latifah Hopes Fans Won't Notice Her Nude In Her New Bessie Smith Biopic, Because She Insists The Scene Is So Natural Viewers Won't Even Realise She's Naked. 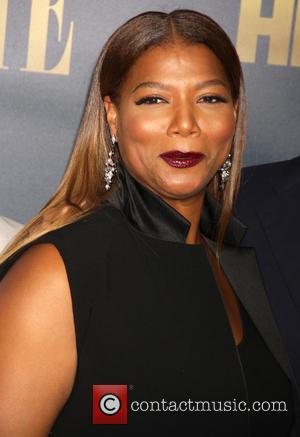 The Chicago star signed on for the TV movie, which airs in America this weekend (16May15), knowing she would be required to strip off for a pivotal moment - and when it came time to film she was beyond all fear, convinced it was an authentic piece of the project.

She says, "It was always a part of the script and it wasn't something that I thought about too much.

"To me, the scene itself is more important than the fact that I don't have any clothes on. The scene, to me, is really one of the best scenes in the entire movie and, yeah, I'm sitting there with no clothes on. But you will not see me by the time that scene comes on in the movie. You'll see Bessie, you'll see that moment and what's happening. At least that's my hope."

Smith, who bore a striking resemblance to Queen Latifah, was an American blues singer, dubbed The Empress, who was considered one of the greatest singers of her era and a major influence on jazz vocalists.