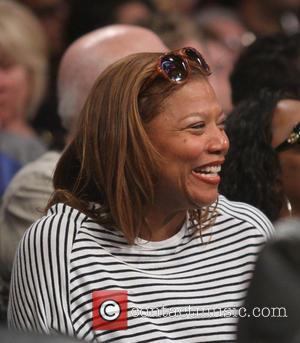 The Chicago star and her business partner Shakim Compere will give bosses at the U.S. Internet firm a first look at new projects from their Flavor Unit Entertainment company to screen for customers.

Ted Sarandos, Chief Content Officer for Netflix, states, "We are delighted to work with Queen Latifah to be the exclusive destination for what are sure to be relevant, entertaining movies. Queen Latifah has a long track record of creating hits and Flavor Unit Entertainment is a fresh and exciting voice in the industry."

Latifah adds, "Shakim and I are thrilled to do business with Netflix. Netflix is a strong brand and the perfect place to showcase our projects."

Executives at Flavor Unit Entertainment have previously produced films such as 2003 comedy Bringing Down the House and 2010's Just Wright, as well as the popular Lifetime Tv movie remake Steel Magnolias.