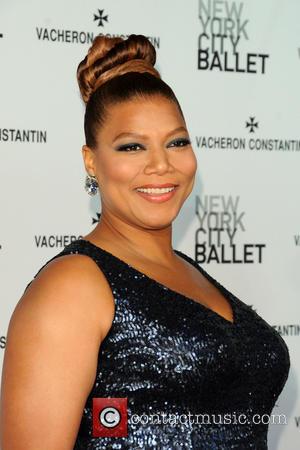 Queen Latifah is set to host a new daytime talk show on all CBS television stations called 'The Queen Latifah Show'. The show will debut on Monday 16th September and will interview celebrities and real people as well as the Oscar nominated actresses' own opinion on pop/modern day culture.

The 43 year old has done it all in the entertainment industry, from being a hip-hop recording artist to acting in films and on the stage in Broadway, and now the multi-talented star is venturing into the new territory of hosting a talk show.

In a recent interview with Good Morning Arizona the singer-songwriter said "I'm always up for a challenge, but I think this is a challenge I have really good eyes with," she further stated, "I usually like the challenges that I feel like I have the odds to succeed in, so I think I'm in good shape".

The new talk show host also discusses her young days starting out as a rapper, "I've grown so much since then that I've loved the journey that my life is taking," Latifah said. "Yet it's nothing like getting up on stage and spitting 16 bars of a rhyme and singing my hooks". This could be the appropriate platform for her to show off all her talents.

The premiere episode will feature upcoming performer Willow Smith, daughter of Will Smith, who will also be joining the show in a later episode. The strong Smith family presence is for good reason as Will and his wife Jada Pinkett Smith are producers of the show.

The hour long show will engage in a range of topics such as celebrity news and interviews, musical performances and the Queen's own personal take on pop culture. The gap for a syndicated daily talk show is growing bigger since Oprah Winfrey retired for daytime television in 2011. Can 'The Queen Latifah Show' fill that gap?