Queen Latifah has agreed to swim with sharks to help raise funds for the American Widows Project. 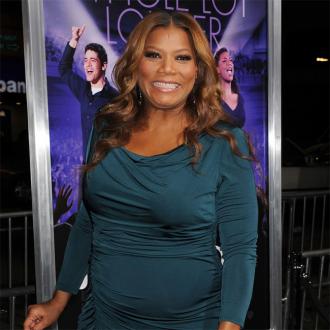 Queen Latifah will swim with sharks for charity.

The 43-year-old presenter is planning to take a dip with the man-eating species to support the American Widows Project - a charity for young wives who have lost their husbands to war - after a member of the organisation appeared on her new 'The Queen Latifah Show' last month.

Speaking to Conan O'Brien last night (29.10.13) she said: ''I'm thrill seeking for a good cause, it's going to be cool you know. We had this guest on who is part of this thing called the American Widows Project. They are young widows whose husbands were in the Gulf War or, like, Afghanistan, Iraq. So they wanted to kind of do something to honour the memory of their husbands and really just learn how to live life again, so they do adventure vacations.''

Despite agreeing to the dangerous plunge she admitted her fear of extreme heights has stopped her from sky-diving with the group.

She joked: ''They've done zip-lining and sky -diving. Now that's what I'm not doing is the sky-diving. I'm good. Give me the shark he's a fish.''

The 43-year-old adrenaline junkie also joked about self protection in the water - comparing herself to Angelina Jolie's character Lara Croft in the action packed 'Tomb Raider' movie.

She said: ''I plan on being heavily armed. That's my deal. I'm not getting in the water with those sharks. I'm not crazy you know. I'm adventurous but I'm not crazy. You know like Angelina's character in 'Tomb Raider' but I'm going to have a knife here and a knife here.''