Queen Latifah To Trace Her Roots On Tv Genealogy Show 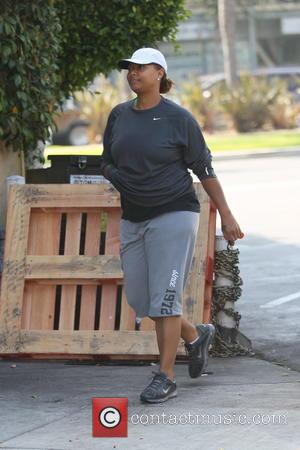 Queen Latifah has agreed to research her family tree for genealogy show Who Do You Think You Are? after producer Lisa Kudrow revealed the singer/actress previously turned down the chance to appear on the U.S. series.

Kudrow was a guest on Latifah's new Tv talk show on Friday (20Sep13) and the two women chatted about the American version of the series, in which celebrities trace their roots - often leading to emotional and heartbreaking discoveries about their ancestors.

The former Friends star told the host she was on the producers' wish list for the very first season of the show, but Queen Latifah was too busy.

The Chicago star admitted she is ready for a personal history lesson, telling Kudrow, "If you still want me, I think I might be game for it. It's kinda scary though.

"I watch it and I think, 'I wanna do that', but then you get nervous because you have no idea where your history is gonna take you... I'm black and we think that all of us think have Native American in us, and if I find out I don't have any Native American in me, I'm gonna be kinda mad about that.

"I'm pretty sure I have some Blackfoot and Cherokee Indian in me... I've got a lot of Russian in me, apparently."

The show is an adaptation of the popular British series of the same name.