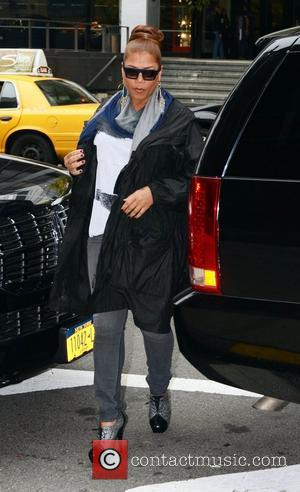 The Steel Magnolias remake, aired on Sunday (October 7, 2012) achieved impressive viewing figures, proving to be Lifetime’s most successful show since at least 2004, reports MTV News. It was the third-most watched original telecast ever for the channel.

A remake of the 1989 feature surrounding the lives of six resilient female friends of various ages - this time with an all African American cast led by Queen Latifah - delivered an average of 6.5 million total viewers in its premiere, according to Nielsen. "We couldn't be happier with the great response "Steel Magnolias" and "Abducted: The Carlina White Story" received from viewers this weekend," said Rob Sharenow, Lifetime's executive vice president of programming in a statement. More specifically, The Sony Pictures Television-produced film averaged 3.2 million adults 25-54, which, being a key demographic is great news for Lifetime. On Saturday (October 6, 2012) the premiere of the Lifetime original "Abducted: The Carlina White Story" also generated strong viewership, earning 4.1 million total viewers, but Steel Magnolias was the clear winner; the film scored the studio’s best audience since Life Is Not a Fairy Tale: The Fantasia Barrino Story in 2006 and was the top cable movie among total viewers since 2007.

The diversity of the cast demonstrated the universal nature of the themes, with the story being virtually identical to the original feature film, which, having been filmed in the late 80’s, features a predominantly white cast. Julia Roberts and Sally Field, for instance, starred in the 80’s version.