Quentin Tarantino Is So Tired Of Cellphones And Modern Gadgets He Will Fire Anyone Who Sneaks One On To His Set, According To Christoph Waltz. 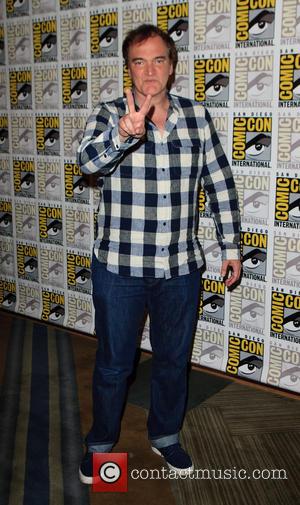 The Austrian actor has appeared in two of Tarantino's films, Inglourious Basterds and Django Unchained, and he reveals both sets were seriously no-cellphone zones.

"Quentin has this strict rule, wholeheartedly, with emphasis and vehemently..." he tells Playboy magazine. "No cellphones on the set. As you enter the soundstage or location, a person collects them. If you can't live without your gadget, don't enter the set. If you have to be reachable for your day-to-day professional proceedings, don't enter the set.

Waltz admits he subscribes to Tarantino's no-phone rules, and he insists the filmmaker is not joking around.

"You get fired," the actor explains when asked what happens to people who ignore the set rules. "When somebody booted up a computer on set and it made that sound, Quentin got up and left without a word."

Waltz adds, "It's all part of a larger discussion, though. Our attention spans diminish more and more as we go on. Why does that happen? Because constant distractions, that's why."

And the actor admits working with perfectionist Tarantino has heightened his own hatred of people's annoying habits, especially when they're watching films at the cinema.

"At the movies, I disagree with people munching nachos with some cheesy goo on top. Why would you spread a stink like that...? Nobody tells these people that they're not at home watching television."

Waltz will next be seen as the villain in the latest James Bond movie, Spectre, which hits cinema screens in the U.K. this month (Oct15) and in the U.S. next month (Nov15).