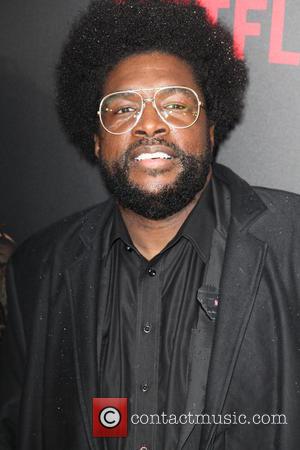 Picture: Questlove - Shots of a host of stars as they took to the red carpet for the Premiere of the new Netflix original series 'Bloodline'...

The Roots drummer explains he has not listened to Winehouse's music since her passing in 2011 and seeing her onscreen was too much to handle, prompting him to temporarily leave the screening.

He tells the New York Post, "This is probably the first time that I've really committed to seeing her image or listening to her music since she passed. This is going to be kind of hard to watch in public."

He later continues, "It was too much to take. I would have preferred to watch in private."

The Back to Black hitmaker was reportedly planning to form a jazz group with Questlove, Mos Def and Raphael Saadiq before her death from alcohol poisoning.

He adds, "I really haven't met a person so immersed in their art.

"I have this sort of know-it-all reputation for music, but she knew way, way more stuff than I did. Every conversation was always, 'Let me top you...,' I'm just very honoured and blessed to have known her."