Is 9 Too Young For An Oscar? Quvenzhane Wallis Divides Opinion 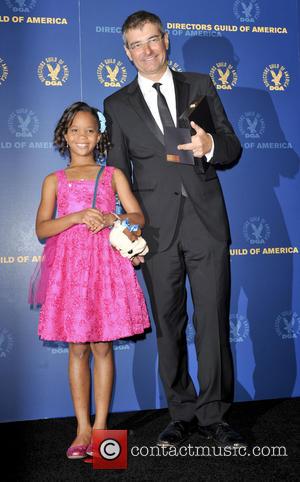 Quvenzhane Wallis is amongst the youngest actors and actresses ever to have been nominated for an Oscar and has just over a week to wait, to determine whether or not she will become the youngest ever actress to win an Oscar, in the Best Actress category, for her performance in Beasts of the Southern Wild. Currently, the youngest person ever to win an Oscar is Tatum O’Neal, who won a Best Supporting Actress award for 1974’s Paper Moon.

Is it right, though, that arguably the highest accolade an actress can win, could be awarded to a novice, with such little experience in the movie industry, when others have been honing their craft for so many years and navigating the pitfalls of the industry? Is it right that a 9 year-old could be considered the best actress in the movie industry right now? The movie’s director Benh Zeitlin spoke to Associated Press and explained why he felt that Quvenzhane is very much deserving of the award, explaining that she has a natural acting instinct, rare in one so young. One day, on set, when Wallis appeared to be struggling with the role, he took her to one side and asked what the problem was. “I can't snap it today. Normally I can snap it,” came her answer. “The fact that she had an internal sense of when she's in character, when she's getting the emotions right and feeling it, is really special even in experienced actors,” remarked Zeitlin, “but especially someone of her age to have that sort of self-awareness."

Thelma Adams, contributing editor at Yahoo! Movies, however, is of the opinion that the nomination is no good for a nine year old girl. “To have her nominated, it's not good for her… this red carpet thing is a grind.” It remains to be seen whether this year’s Best Actress announcement will be a record-breaking one (equally, it could go to 85 year old Emmanuelle Riva, tipping the scales the other way) but even to heap the pressure of an Oscars nomination on a 9 year old girl is a big ask.

Watch the trailer for Beasts of the Southern Wild