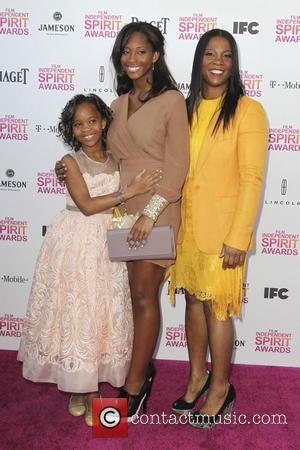 Ahead of what could be the biggest night in Quvenzhané Wallis’ fledgling career, it has been announced that the young starlet will indeed star in Sony Picture’s upcoming version of Annie.

Wallis got the film world all aflutter with her incredibly mature performance in Beasts of The Southern Wild – a feel-good movie centred on climate change, which is nominated for Best Picture at tonight’s Oscars ceremony. The then-5-year-old Wallis has already made Oscars history with her nomination for best actress; she’s the youngest ever. A win is perhaps a stretch too far, with Emmanuelle Riva – incidentally the oldest ever nominee in that category – and Jennifer Lawrence leading the way for their parts in Amour and Silver Linings Playbook respectively. "With the recent Academy Award nomination and critical acclaim, Quvenzhané Wallis is a true star and we believe her portrayal as Annie will make her a true worldwide star," President of production at Columbia Pictures Hannah Minghella said. "She is an extraordinary young talent with an amazing range, not only as an actress but as a singer and dancer, and we can't wait for audiences to further discover her." (via Yahoo). Annie is to be produced by Will Smith, Jada Pinkett Smith and Jay-Z, with the latter – the self-appointed CEO of rap – surely set to provide the film’s score, having recorded a rap version of It's a Hard Knock Life from the original musical. However tonight goes for Wallis, be it a record-breaking win or not, it looks as if she’s embarking on a glittering career in film.