It's unusual for a synth-heavy psychedelic pop act to come out of Wales, but this offering unfortunately shows us why; it lacks conviction and identity and instead Race Horses seem to have their fingers in too many pies.

'Furniture' opens the album with a funky pop groove and flavours of the likes of The Hoosiers, The Zutons and The Coral, though harking back to the 'eighties with its synth hooks. This is followed by 'Mates' which, with its piano-heavy vibe, maintains the playfulness of the likes of Ben Folds Five; it's an averagely catchy and quite cheesy pop blend. 'Nobody's Son' certainly whiffs of the 'eighties with the moody synth rhythm that underpins the track, but sadly its' melody drags tediously in contrast to the short, snappy pop blasts of circa two and a half minutes that preceded, though the opening bass groove of 'Sisters' picks the tempo back up to a finger-clicking catchy pace. 'What Am I To Do', however, is a more sombre, down-tempo, pensive number throwing an air of sadness into an otherwise light-hearted effort. Even by five tracks in, the Cardiff-based quintet's identity crisis is evident, however; Race Horses are a fusion of influences ranging from 70s soul to a moody synth led vibe of the 80s to a more contemporary playful pop vibe, but they don't take these influences and mould them into a distinctive style, they merely seem to regurgitate, chopping and changing through many a personality. 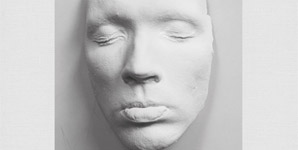 Out of nowhere, 'World 6' sounds like it's a classical music quote from a ballet or similar; it's a strange atmospheric interjection sandwiched at the very centre of the album and contrasted massively by 'Bad Blood' which pushes back into the contemporary with its driving bass line and bringing the return of the playful energy of the likes of The Futureheads who's version of 'Hounds Of Love' very clearly springs to mind with its' 'oh, oh, oh' refrain. 'Bad Blood' definitely also suggests an element of the theatrical in its' chopping and changing of sections, but is this intentional or just lazy writing?

With low synth bass and contrasting hi-hat then joined by an intermediate synth layer, 'My Year Abroad' immediately pushes us back to the moody eighties; it's followed by another moody one in 'See No Green', which opens with bare unaccompanied vocals before organ chords, chiming synths and throbbing drums enter. 'Old And New' is then the concluding sombre piano-accompanied ballad to the offering, though again dragging and unconvincing in hints of atonality and dissonance during a strange and uncomfortable concluding instrumental which entirely contrasts the preceding half an hours' worth of listening except for a weak link with that central interjection.

Even with a disappointing album, there are usually one or two tracks that stand out, but unfortunately with 'Furniture' this is not the case and the offering is instead forgettable, lacking in anything distinctly unique and characteristic.