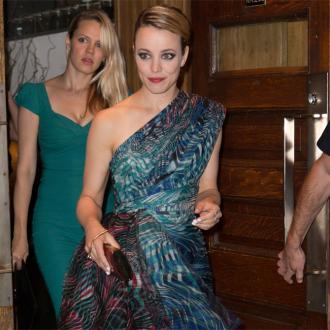 Rachel McAdams is reportedly in talks to star in Marvel's 'Doctor Strange'.

The 36-year-old actress - whose previous credits include 'The Notebook' and 'Mean Girls' - is wanted to play the part of the female lead in the much-anticipated new movie starring Benedict Cumberbatch, Heroic Hollywood reports.

Other stars linked to a role in the movie in recent times include Tilda Swinton and '12 Years A Slave' actor Chiwetel Ejiofor, who is reportedly being lined up for the part supervillain Baron Mordo.

Rumours of Rachel's casting come shortly after she admitted to feeling concerned about being typecast or ''only doing blockbusters''.

Reflecting on her rise, Rachel shared: ''I got a little freaked out. I didn't quite know what I was getting into. It felt like I was being swept up by this current and I wasn't sure what I wanted out of it. I got worried about being typecast or suddenly only doing blockbusters. I felt like I wasn't on solid ground for a bit there, and I wanted to check back in with me.''

Rachel also said she makes a conscious effort to not get swept up by fame and has become more picky about the films she chooses to appear in.

She said: ''I have to fill my cup back up sometimes and get back to normal life if I'm going to portray normal life.''