Actress Rachel McAdams Slept With A Knife In Her Bed When She Stayed In A Seedy Hotel While Travelling Solo In Costa Rica. 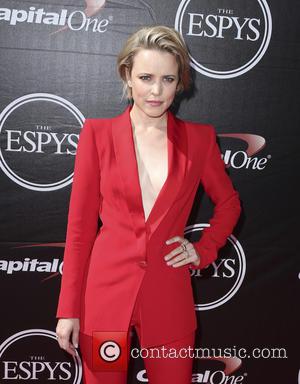 The Notebook actress went on vacation to the Central American country once she had finished 2004 comedy Mean Girls and she ended up staying in scary accommodation in the rainforest when she discovered her original hotel had burned down.

She tells Britain's Stylist magazine, "I was kind of stupid. I got off the flight to Costa Rica and got on a little four-seater Cessna plane and was dropped in the middle of the rainforest as the rain was pelting down. I got in a cab with no doors and asked the driver to take me to this hotel, and he told me in broken English it had burned down, so I wound up in a place costing five dollars a night.

"There was a cold shower and guys pounding on my door all night. I slept with my Swiss Army knife in my hand, thinking: 'I'm going home tomorrow!' Of course, things always seem worse in the night. Dawn broke and I thought I'd keep forging ahead... I was terrified and lonely. I've actually never talked about this before. You see incredible things and there was no-one to share them with. But I think it gave me a bit of chutzpah and ended up being one of the best things I've ever done. It taught me I could survive on very little too... It would do it that way all over again, it was life-changing."