What Chemistry? Ryan Gosling And Rachel McAdams Fought During ‘The Notebook’ Filming

Turns out Gosling and McAdams' legendary 'Notebook' performance wasn't as easy as it looked. 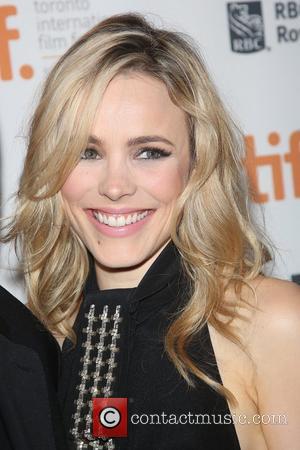 The Notebook has just turned ten, bringing the classic romance movie back into the headlines with a deluge of new interviews and trivia regarding the film. Ryan Gosling and Rachel McAdams, who play the couple central to the movie adaptation's story, have long been considered as one of the most powerful onscreen couples.

The chemistry between the pair was so intense that the actors dated in real-life after wrapping filming. However, director Nick Cassavetes has now revealed that the two didn't exactly hit it off during filming. "Maybe I'm not supposed to tell this story, but they were really not getting along one day on set. Really not," he told VH-1.

He continued, "Ryan came to me, and there's 150 people standing in this big scene, and he says, 'Nick come here.' And he's doing a scene with Rachel and he says, 'Would you take her out of here and bring in another actress to read off camera with me?'"

The director explained his reaction to Gosling's request: "I said, 'What?' Then he says, 'I can't. I can't do it with her. I'm just not getting anything from this.'"

The filmmaker continued, describing how the situation was eventually resolved. "We went into a room with a producer; they started screaming and yelling at each other. I walked out. At that point I was smoking cigarettes. I smoked a cigarette and everybody came out like, 'All right let's do this.'"

More: Rachel McAdams' 'The Notebook' audition tape will give you shivers.

"And it got better after that, you know? They had it out. I think Ryan respected her for standing up for her character and Rachel was happy to get that out in the open. The rest of the film wasn't smooth sailing, but it was smoother sailing," he added.

In the same interview, Cassavetes also describes the studio's unease towards his choice to cast two relatively unknown actors. Little did they know that the film would propel the pair on to the Hollywood A-list and create 21st century cinematic icons.

"When I told [New Line Cinema] I wanted to hire Ryan for the lead, they kind of looked at me like I was out of my mind," he said, explaining "And we found Rachel through an audition process and she was wonderful. A lot of studios wouldn't have had the courage to put two relatively unknown people in a movie like this. But they did and, gosh, weren't they terrific?" Adams & Gosling Clashed At First But Sorted Out Their Differences And Went On To Date Each Other.