The pair have both filed for divorce from one another, bringing to an end a turbulent time together

Rachel Uchitel and Matt Hahn are set to divorce following a period of instability that looks to have wrecked their relationship for good. Sources close to the pair broke the news to TMZ on Monday (June 10) that the businesswoman and celebrity has cut ties with former college footballer Hahn, citing "cruel and inhumane treatment" in her divorce papers.

Those speaking with TMZ went on to claim that the reasons for divorce cited by Uchitel are just the tip of the iceberg of what was an explosive and argument-filled relationship. In one instance Rachel slapped Hahn during an argument when he wouldn't stop calling her names and in another, more publicised incident, Rachel called the cops to their NYC home after an argument got particularly heated and Hahn reportedly refuse to leave Uchitel apartment after being repeated to do so.

A rep for Uchitel has since said that she wants to end the divorce proceedings as soon as possible and to put her 1-and-a-half-year marriage behind her for good. In a more recent development, it turns out that Hahn has a few demands of his own, namely that he wants to keep custody of their 1-year-old daughter; something that may not even have been mentioned in Uchitel's divorce papers. He is also filing for divorce himself, citing "cruel and inhuman treatment ... such that the conduct of the defendant [Rachel] so endangers the physical or mental well being of the plaintiff as renders it unsafe or improper for the plaintiff to cohabit with the defendant."

Continue reading: Rachel Uchitel To Divorce Matt Hahn As Their Turbulent Relationship Proves Too Much 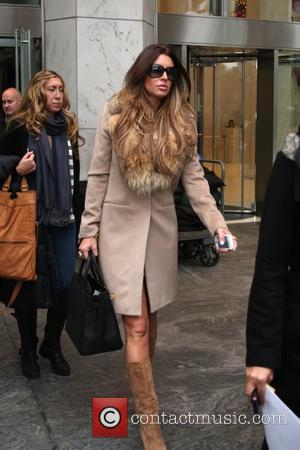