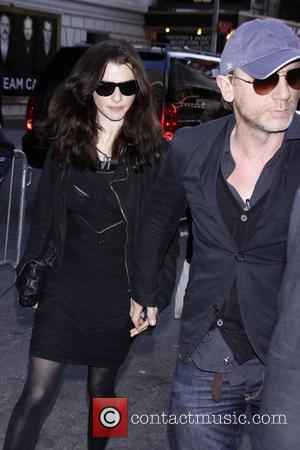 Rachel Weisz, the 41-year-old British actress, secretly married 'James Bond' star Daniel Craig in New York last week, according to People Magazine. Rachel Weisz's representative confirmed the nuptials and reports suggest the couple married in New York with only four other people in attendance.
Weisz's 5-year-old son Henry from her relationship with Darren Aronofsky was at the ceremony, as was Craig's 18-year-old daughter Ella. The wedding guests also included two friends of the couple who acted as witnesses. A source speaking to the UK's News of the World said, "Daniel and Rachel insisted on having a small, quiet wedding", adding, "They are madly in love and couldn't wait to be husband and wife - but they wanted minimum fuss. They had a couple of friends as witnesses and their children from previous relationships and that was it". The pair have remained private about their relationship, but they reportedly first met during the filming of 'Dream House', in which they star as a married couple. Last year, Weisz split from 'Black Swan' director Aronofsky after a nine year relationship, while Craig parted ways with his girlfriend Satsuki Mitchell in 2010.
Rachel Weisz has appeared in a number of high profile movies, including 'The Mummy' and 'About A Boy'. She received the 'Best Supporting Actress' Oscar for her performance in the 2005 film 'The Constant Gardener'.