Rachel Weisz On Those Pesky Paparazzo's: "They're Just Trying To Make A Living" 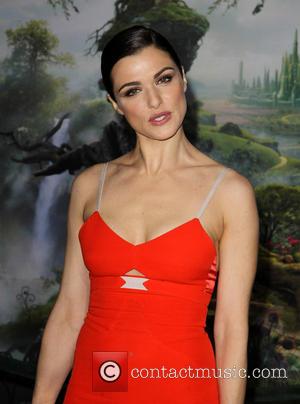 Rachel Weisz has done incredibly well to maintain some level of privacy during her recent years in Hollywood. The A-list actress left film director Darren Aronosfsky before marrying James Bond actor Daniel Craig and yet relatively little is known of the British actress outside of her profession.

It's strange, given Weisz's seemingly indifferent views on privacy and celebrities in the media. In a new interview with The Telegraph - in promotion of her new movie Oz: Great and Powerful - the actress was asked how she reacts when a photographer looms up when she's on the school run. "They're just trying to make a living," she said, adding, "Photographers aren't there with the express intention of p*ssing me off. Yes, there are times when I've been caught without make-up and not even a pair of huge sunglasses to hide behind, but it's not worth getting exercised about."

Weisz announced her split from Aronofsky in November 2010 and began dating Craig in December of that year, marrying him in a private New York ceremony on June 22, 2011. Only four guests were in attendance, including Weisz's son Henry and Craig's daughter.

The actress says she limits the chances of getting snapped by the paparazzi by going on country walks - something very different from strolling across Hampstead Heath in London. "In America there's wildlife that can kill you," she said, adding, "Just 90 minutes outside New York there are poisonous snakes and bears; in the hiking shops you can buy bear bells, so the bears can hear you coming - you really don't want to surprise one of those."