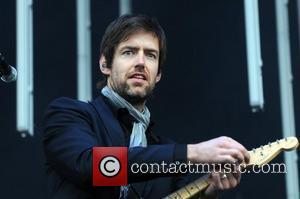 Sensitive Radiohead frontman Thom Yorke was so upset by the way his 2004 Coachella Festival comments about the PIXIES were misconstrued he lost sleep for a month. The rocker feared he'd upset one of his favourite bands by complaining about headlining above them at the California desert concert - when he just wanted to make it clear that he thought the reunited Pixies should have been the top band on the bill. The CREEP singer admits the backlash after his comments almost led to him quitting Radiohead for good. Yorke says, "By the end of that, we'd completely lost interest and lost confidence. Part of the nail in the coffin for me, personally, was going on after the f**king Pixies. It's like going on after the Beatles. "It was a massive big deal, and I really, really, really didn't want to do it. "It was an odd situation as well, because I think the Pixies misread it. They thought it was because we didn't like them. I lost sleep for a month."