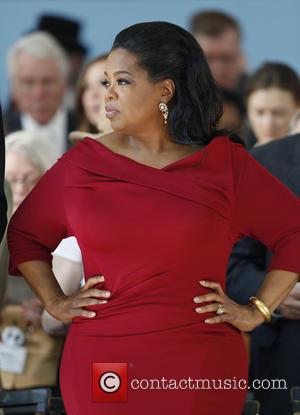 Rae Dawn Chong has launched a blistering attack on her 'Color Purple' co-star Oprah Winfrey, unloading on the Queen of daytime television in an audio recording from her appearance on Matty P's Radio Happy Hour. The audio - up at TMZ.com - is an eye-opening insight into Chong's feelings on her former colleague.

Rae Dawn starts out by saying Oprah was "lovely" to be around on the set of Purple in 1985, though became "a total biotch" by the time she had moved onto her next movie, Commando.

Talking about competitiveness on-set is pretty much fair enough - plenty of actors and actresses don't get on - though Rae bizarrely turned attention to Oprah's appearance and invoked slave imagery later in the interview.

"Shes so enormously insecure. If you wanna distill Oprah Winfrey down to like her most basic components. She wants to be beautiful," she ranted, adding, "Imagine being [Oprah]. She has all of the world. All the power in the world ... and she only wants something that is only chemical, purely impossible."

It continued: "The thing that's really great about Oprah that you cant take away from her is that she's a great brown-noser." Ouch.

Rae concluded the interview by sort of offering Oprah a compliment (but not really), saying, "No matter how vile she is, you kinda gotta go, 'hello hats off' like, you've done an amazing thing you have actually shifted the DNA of the universe."

Over to you, Oprah. Oprah Winfrey Is Yet To Respond To Rae Dawn Chong