Ralph Fiennes has joined the cast of 'The Grand Budapest Hotel', but Angela Lansbury has checked out of the project due to scheduling conflicts. 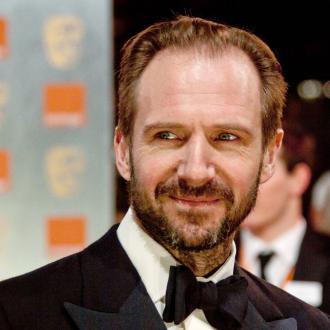 Ralph Fiennes has joined the cast of 'The Grand Budapest Hotel'.

The 'Skyfall' actor is the latest big-name star to join Wes Anderson's comedy drama - which also looks set to feature Bill Murray and Jude Law - with the 49-year-old star in line to portray M. Gustave, who is the hotel's ''perfectly composed'' concierge, Variety reports.

But Ralph will not appear alongside Angela Lansbury in the forthcoming motion picture as the 'Murder She Wrote' actress is believed to have checked out of the project due to scheduling conflicts.

There are no confirmed details about the film's plot, but a number of star names have been linked the movie including Owen Wilson, Ed Norton, Willem Dafoe, Jeff Goldblum and Adrien Brody.

Wes has previously said the motion picture will be a ''European story'' and it is scheduled to be released in the US on December 26, 2014, but there is no release date planned for the UK as of yet.

The 'Moonrise Kingdom' helmer recently moved to quash rumours about Johnny Depp possibly appearing in 'The Grand Budapest Hotel' and while Wes confirmed Bill will star in the motion picture, he refuses to reveal any other names.

He said: ''Johnny is somebody who I would love to work with at some point, but he's not going to be in this movie.

''You'll never find me saying who's in the movie, We have quite a great cast.''