Ralph Fiennes To Reunite With Scott Thomas For Dickens Movie 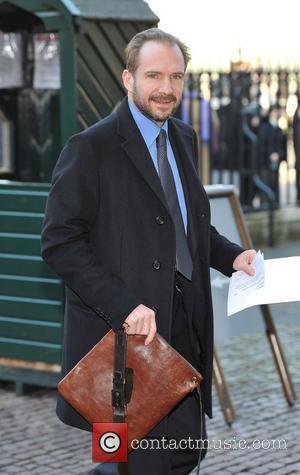 Ralph Fiennes is set to reteam with his The English Patient co-star Kristin Scott Thomas for a new movie about CHARLES DICKENS.
The actor will step behind the camera to make The Invisible Woman, an adaptation of Claire Tomalin's book about the novelist's secret mistress, Ellen Ternan.
It will mark the first time the pair has worked together since they played lovers in the 1996 World War II epic romance, which went on to scoop nine Academy Awards.
Scott Thomas says, "I'm going to do Ralph's film because he's an old friend and he did such a good job on (movie adaptation of Shakespeare's tragedy) Coriolanus that I want to be there for him when he does his next film."
British actress Ternan embarked on a passionate 13-year affair with the Great Expectations writer when she was just 18.