Rande Gerber insists there's ''nothing better'' than his marriage to Cindy Crawford, and thinks the supermodel - his wife of 17 years - is ''incredible''. 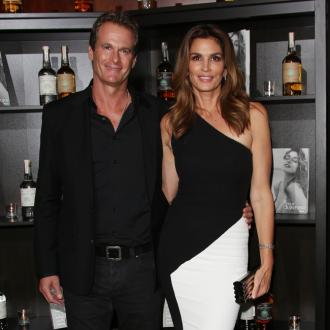 Rande Gerber insists there's ''nothing better'' than his marriage to Cindy Crawford.

The 53-year-old entrepreneur - who wed the supermodel in 1998 - is still as in love with the stunning supermodel as when he first met her, even after more than 17 years as a couple.

Speaking about their marriage, he said: ''She is incredible. There's nothing better. It's amazing.''

He has confessed the couple - who have kids Presley, 16 and 14-year-old Kaia - have a fairly mundane home life together which proves they're just like any other family.

Asked what they do when they're at home, he explained: ''Typically we barbecue and hang out with the kids. Sometimes we'll play games together like backgammon.''

Meanwhile, Rande opened up about Kaia's modelling aspirations after she signed to an agency, admitting he believes she isn't interested in mimicking the same success as her mother and probably won't be able to because models aren't seen as ''superstars'' any more.

Talking to The Daily Telegraph newspaper, he said: ''She's not thinking about a career yet. She likes modelling and she's watched her mum do it, but she's still in school.

''I mean, there's a new generation [now]. Social media can make someone famous as opposed to having to be on a magazine cover. The supermodels were superstars back then. I'm not sure it's like that any more.''