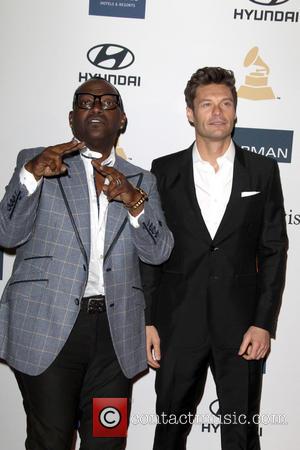 Angela Miller stole the show on Thursday night's American Idol (February 14, 2013), leaving the judges gobsmacked with a performance of her own song, 'You Set Me Free.' The 18-year-old food services worker from Beverly, Massachusetts, introduced the track by saying, "This song is about being set free from baggage and the weight that you carry from hard times."

Sitting at a piano, Miller delivered the teary ballad effortlessly while wearing a sheer black ensemble. The judges were immediately taken with the track, while the often hard-to-please Randy Jackson was effusive in his praise. "Wow, wow, wow...really? Who knew? Wow," he repeated. Rapper Nicki Minaj told Angela, "'That is a top 40 song right there already," while Keith Urban agreed, saying, "If that was recorded now I would play that in my car...that is just a beautiful song, oh my god."

It's been six years since a woman - Jordin Sparks - won American Idol, though Miller has firmly established herself as the big favorite to all the way on season twelve. Unfortunately for some contestants, the quality of Angela's performance highlighted the distinctly average qualities of other efforts. The judges were forced to reject over half the contestants