Singer Randy Travis' brother, Robert Traywick, and his wife have been arrested after his home meth lab was discovered as Travis recovers from major surgery in hospital. 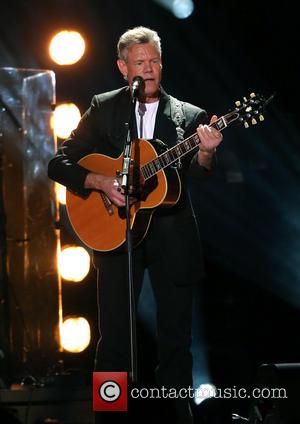 The Travis family have had their fair share of heartache recently: as country singer Randy recovers in hospital after a string of health complications, including heart scarring, a stroke and brain surgery, his brother David Traywick has now been arrested after cops found his home methamphetamine lab where he was brewing illegal drugs with his wife Jessica, reports the Associated Press via CBS News.

Along with Traywick and his wife, two other women were also arrested in connection with the illegal lab activities after the police had raided the 50 year-old's Marshville home. Both are scheduled to appear in court next Wednesday (24th July) with their Bond reportedly set at $500,000 each, though it's not apparent whether either person has an attorney. There's been a major clean-up at the scene, near Charlotte in North Carolina, with a worried neighbour informing local news station WSOC-TV of their relief that that locals are safe after the concerning news:  "They say meth labs can blow up. You just don't know what could happen." Travis Is Making Good Progress But Not Out Of The Woods Yet.

Randy is said to be doing better after fears that he wouldn't survive his multiple conditions. The 'He Walked On Water' singer is currently conscious but breathing with the aid of a ventilator following brain surgery to relive the damage to his brain caused by a stroke, which was the result of respiratory problems related to scarring of his heart muscles.

A popular country singer, Travis has a tough 2012 with several police interventions following public intoxication involving nudity or loss of control of a vehicle. Although apparently on the mend and making good progress, the 54 year-old will remain under close watch at the Texas hospital for another three weeks until doctors are confident he's ready to undergo a course of the physical therapy that is required after stroke damage.

It is not known whether Travis is aware of his brother and sister-in-law's arrest, or even if they were making drugs in the first place.