Bosses At U.s. Tv Network Abc Have Responded To A Petition Calling For Co-host Raven Symone To Be Fired From The View. 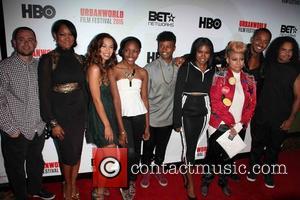 A Change.org petition titled Petition to Remove Raven Symone from The View calls on host Barbara Walters to have the former Cosby Show child star fired after her recent controversial comments.

Scott-Heron cites Raven's comments on ghetto names, reverse racism, and her opinion on the recent viral video of a police officer apparently assaulting a school student as reasons for her to be booted off the topical talk show.

The petition reads, "Raven Symone has been spouting her ignorant and self hating spiel on the view for Long enough, from stating that she wouldn't hire somebody for having a ghetto name, to openly complaining about reverse racism, the final straw was her comment about the recent viral video of the school police officer assaulting the student, where Raven Symone said 'get off your phone in school then'.

On Saturday (31Oct15), an ABC spokesperson issued a statement to The Hollywood Reporter that reads: "We love Raven. She is confident, genuine and opinionated, all qualities that make her a great addition to the panel."