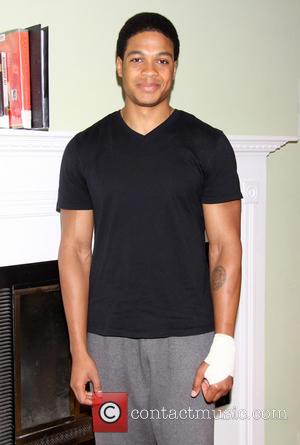 Broadway actor Ray Fisher has been tapped to play superhero Cyborg in the highly-anticipated Man Of Steel sequel.

Fisher's role of Cyborg, the half-man, half-machine superhero, does not have a large part in the upcoming movie, but it is set to expand in the future as bosses at Warner Bros. and DC Comics plan to adapt more films related to The Justice League.

Fisher, who is also rumoured to be on the shortlist for the lead role in J.J. Abrams' upcoming Star Wars: Episode Vii film, joins a cast of Hollywood A-listers, including Henry Cavill, who will reprise his role of Superman, Ben Affleck as Batman, Jesse Eisenberg, Gal Gadot and Amy Adams.

Production for the new film is already underway and it is slated to hit cinemas in May, 2016.