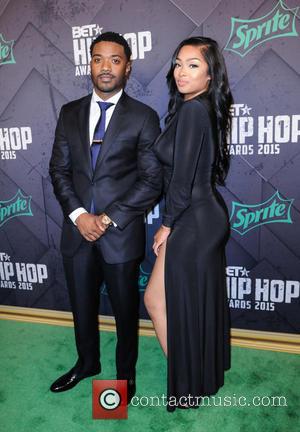 The singer and TV personality, who infamously co-starred in Kardashian's Kim K Superstar sex tape, has proposed to his on-off girlfriend Princess Love just eight months after she was arrested for allegedly assaulting him.

Asked if the engagement rumours were true during a recent interview with entertainment blog The Shade Room, Princess Love said, "I'm going to let him tell you", and then added, "I actually forgot to put my ring on today.''

Love was reportedly charged with domestic abuse and battery after she allegedly beat up Ray J February (15) and left him with cracked ribs, a split lip, and a torn ligament in his knee. All was quickly forgiven and the singer reportedly bailed his lover out of jail and covered her legal fees.