Ray J Responds To Kanye's Tv Diss: 'I Deserved It' 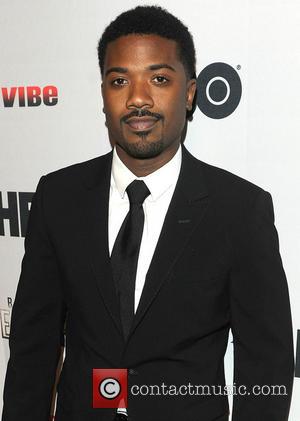 R&B singer Ray J is laughing off Kanye West's latest dig, insisting his skin is tough enough to take what he "deserves".

The Sexy Can I hitmaker stirred up a feud with his ex-girlfriend Kim Kardashian's new fiance last year (13) when he released controversial track I Hit It First, and it clearly upset Kanye because he responded by dissing Ray J during a Tv performance.

During an unannounced appearance on Late Night with Jimmy Fallon in September (13), West played his new single Bound 2 with music veteran Charlie Wilson, and he used his stage time to take a subtle jab at Ray J at the top of the song.

The rapper stopped short of mentioning the singer by name - instead, he namechecked Ray J's only sibling, R&B star Brandy, to make it clear to fans who he was referring to.

He rapped, "Brandy's little sister lame, man, he know it now/When a real brother hold you down, you supposed to drown."

But Ray J, who famously featured in a 2003 sex tape with Kardashian, insists he took the jibe in his stride, confessing, "At the end of the day it was well deserved. With the song I Hit it First... I didn't want to dig into the song; I felt the song spoke for itself. Anything that happened after that was well deserved. I'm not tripping, it's all love and respect.

"It is what it is. It's life, it's the business... if you wanna be in this game you gotta have tough skin."