Ray J is still struggling to come to terms with Whitney Houston's death, his sister Brandy Norwood has revealed. 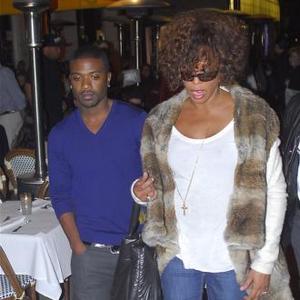 Ray J is still struggling to come to terms with Whitney Houston's death.

The singer - who dated the 'I Will Always Love You' hitmaker on/off until her tragic death in February - is finding it ''tough'' because as well as missing her, he has been subjected to a lot of cruel comments.

His sister, singer Brandy Norwood, said: ''It's been really tough on him, just trying to get through it.

Brandy says all the family have been supporting Ray to get him through it all as well as offering to help Whitney's 19-year-old daughter, Bobbi Kristina.

She told 'Access Hollywood': ''We all come together as family. Family always makes you feel better and [gives you] a sense of comfort, so we've all been sticking together through this tough time for him, for me, for everyone around us that have been going through the same thing.''

''I've definitely expressed that to Bobbi Kris, and, you know, everything, just telling her that I'm here for her whenever she needs me.''

Whitney was found dead in the bathtub of her Beverly Hills hotel room in February after suffering a huge heart attack partly brought on by her cocaine abuse.